And Thats How You Have A Vaginal Breech Delivery in Houston To hear Angela tell it, her baby called me to him as her doula, crafting the perfect birth team. And later he called the perfect doctor to him, because if the stars and moon had not lined up just so, this birth would of had a way different ending. Angela is a gifted meditation teacher, and she co~teaches with her horse Takoda, so we hit it off well and I was pumped to be her doula. Her husband Tracey wasn’t quite as sold in the beginning on me as the best doula fit, but in the end it took all key players and I was super glad that i had landed this doula gig. Thank you Tracey for taking a chance with me. On Thursday morning during an ENOURMOUS storm like we get in Houston,  I started getting texts that A’s water was leaking, mild contractions. She was 39 weeks, first baby, and I seriously was like we have at least another two weeks, just go back to sleep, its the storm and just probably vaginal goodge in over drive. Two hours later I get a phone call from her hubs, and he’s like, “Uh no Rowan, this is strong.” So we strategize a plan cause by now we are gonna need an ark to get to the medical center, and they are an hour away, but this papa is a TEXAS STUD and he assures me that he can get her to the hospital in his Texas sized truck. So I’m all like, well, could you come pick me up? Because I’m pretty sure the Metro Rail does not have submarine capacity and my Honda Element is pretty low, and Rock Steady says, “sure, see ya.” They swing by and get me, and Angela is working hard in the front seat of the truck, and I am NOT DIGGING AT ALL the way her belly looks, but when I try to crawl over into the front seat of the big truck she says,” DONT TOUCH ME ROWAN!!!” which from this lady was some strong words. So I sat back nicely into my chair.

It’s Been Rough, How are YOU doing? 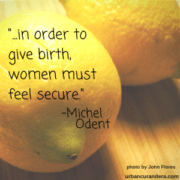 Over & Not Out, Top 3 Reasons Baby is “Overdue”

Want to join the discussion?
Feel free to contribute!

It’s Been Rough, How are YOU doing?

Get Your Picture Made with Santa!
Scroll to top