Talking to Smokey Red, a cab driver that was toting me back from an outcall, spurred this post.

He thinks driving a cab fucking sucks. He had a list of reasons it wasn’t working for him, and a resteraunt supply catalog jammed up on his dashboard. Said he’d only be driving a cab for 4 or 5, maybe even 6 weeks more. He had visions of a food trailer, toting barbecue, feeding people, that’s his passion. So what’s the plan, cab driving man? “Well, I don’t really have it written down, its all in my head.” And I wanted to support him, kick him in the ass a little, cause I don’t want it to stay “all in his head.” Keeping it all in your head makes you nuts. At first you obssess about your good idea, then you tallk about it all the time, and somehow all this talking makes you think you are getting somehwere, you buy a few random items that could, in theory, be part of your empire, if they, you know, worked right, had that missing wheel, or in the case of Smokey Red, if his trailer was code compliant, had that extra critical thingamabober, whatever. But in reality what you have is a bunch of wasted time, shit talking, friends and family who dont wanna hear about “your good idea” anymore, and a bunch of broken down crap and clutter. If it was a tarot reading, it would look like this.

Enter the year 2012, The Year of Getting Shit Done.  Not an entrepruner you say? Thats cool, expand yourself, try these out on your nine to fiver or on your domestic goddess domain, or stop reading right now, but for the love of biscuits find SOMETHING that contributes to your personal growth. Not your spouse, not the dogs, not the kids, but for YOUUUUUUUUU. Just You, we will all be better for it. Still with me? Great. Step right on over and sign up for this dude’s blog, Chuck Blakeman. He wrote a piece about how to effectively goal set, and instead of either sweeping general plans (see above) he wants you to figure out your next set of goals, cause we all know shit gets real when you write it down. Lets do a quick check in here, HOW ARE THOSE NEW YEARS RESOLUTIONS DOING? you know, the ones you made like less than two weeks ago? Yeah, thats what she said. Gee. Lets try something different. Won’t it be FUCKING AMAZING to not be staring back at 2012 going, “well damn, another year of not getting blah blah blah done.” Instead we will be doing elaborate secret code handshakes cause we rule our school, invested in ourselves, and created the life we want. We can be cool like that. Yes. Do me a favor (and you too) Comment below. Pick one from your list of 4-10 and tell me what this month’s objective is. Look, I’ll go first. I’m gonna relocate my clinic, move a bunch of furniture, and temporarily work from my groovy tree house apt while my awesome landlady, her old man, and myself build out my fantasy healing art space in the studio below the apt. For reals. We will, we will, rock this. Tell me your dream thats gonna come true. xo to the max, rowan 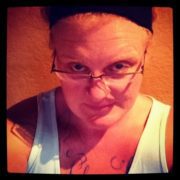 Over & Not Out, Top 3 Reasons Baby is "Overdue"

Healing Your Belly after C-Section
0 replies

Want to join the discussion?
Feel free to contribute!

Inversion, What’s that About? Well, I Really D!cked that Up.
Scroll to top